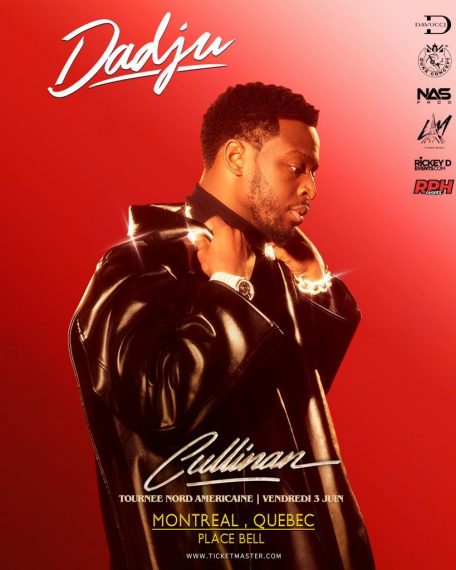 Dadju Djuna Nsungula, better known by the mononym Dadju or at times Prince Dadju, is a French singer. He was signed to the label Wati B and in 2017 signed with Polydor Records of Universal Music Group. He was a member of the musical formation Shin Sekai alongside rapper Abou Tall from 2012 to 2016. The duo was part of the label Wait B and released the album Indéfini. The duo announced that they were breaking up so they can each follow solo careers. Dadju released his solo album Gentleman 2.0 in 2017.